In #BastardoMadrid we are passionate about performances, and more so if they come from Matias Zanotti who will visit us next November 3rd at the Chueca hotel which is on everyone’s lips.

Do you dare to discover what this is all about? Enter the world of Matias. We are waiting for you. 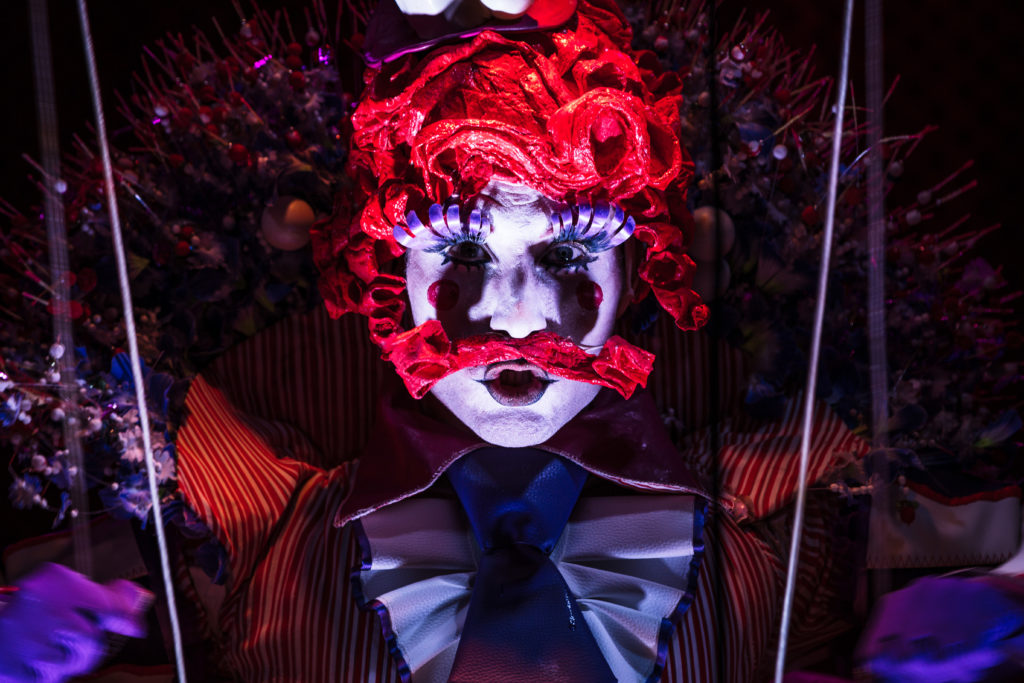 Matias Zanotti (Cba. Argentina – 1980) is a multidisciplinary artist who began her training as an interpreter more than 20 years ago and who since her beginnings has developed a strong inclination for aesthetics, staging and especially the creation of stage costumes, where she discovers the fascinating world of form and color and experiments, in a self-taught way, with non-conventional materials creating costumes that sometimes become scenographic, almost sculptural. In this dialogue between plastic art and theatricality he has forged his own artistic path in a totally self-taught way, creating shows of different formats, some in his own experimental search as an artist, as well as working for external projects as a costume designer and also in the artistic direction of shows for events.

Life is a cabaret!

In 2004 he wins a scholarship to work in Italy, in a weaving factory, where he is closely linked to the world of fashion, in the creation of prototypes, and this opportunity is what allows him to take his first steps in Europe until finally settling in Madrid.

In his long trajectory he investigates in the creation of theatrical costumes, constructing characters and performatic performances. He works for numerous national and international companies as a designer, as well as developing his own TEATRO LIRICO DE MUÑECAS, with which he performs for 12 years shows of various formats for events, firms and cultural centers. From 2006 to date he collaborates with the Aula de Danza de la UC3 both as a teacher in the project Danzan las Aulas, as well as in artistic collaborations of scenic research projects of the Aula de Artes de la Universidad. 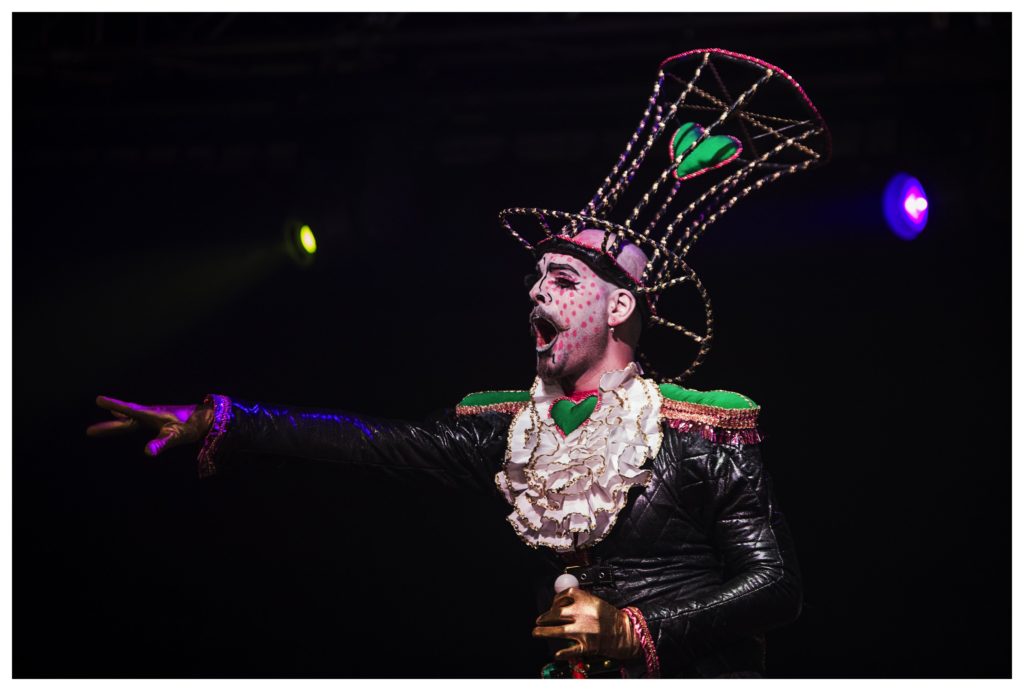 As a teacher, he also gives some classes in the Sala Cuarta Pared, and gives creative seminars in different Theatre Festivals. Collaborates with the European project CROSSING STAGES 2013-2015 participating in the process of experimentation with costumes and materials for the Dance Hall of the UC3.

From 2013 he develops his own performance project “ESCAPARATE VIVO” which consists of creating stage productions inside a shop window towards the street, with which he has performed in various national and international festivals. In 2014 he exhibits in the MATADERO of Madrid a wardrobe specially created for EL REJÓN Encuadernaciones, entirely made with papers, books and furs. At the same time he left the company and the production of shows for events to focus on his career as a solo designer creating collaborative projects and investigating more fully the possibilities of the discourse between theatre, dance and plastic arts, while continuing to work as a performer in his own shows.

In this Occasion Zanotti will delight us with the appearance of some of his most striking characters, a sort of nocturnal creatures that transport us to a fascinating imaginary of circus and cabaret airs. These beings seem to emerge from dimensions where fun and glamour are the main characteristic, inviting us to open the door to fantasy, to dream, to look again with new eyes, full of curiosity and amazement.

Are you going to miss it? You know that in the fashion hostel of the capital we are waiting for you, and that is that things always happen in Bastardo.