In #BastardoMadrid we like concerts too much, but who doesn’t? Music is life, and in the fashionable hotel of the capital we are lovers of life, that’s why next November 10th we will have Kike Calzada & Tie Band in our hostel in Madrid. Are you going to miss it?

The musician Kike Calzada was born in Toledo in 1987, where he studied piano, choir, harmony and accompaniment at the Municipal School of Music and the Jacinto Guerrero Conservatory. From a very young age, he felt within himself the desire to create his own lyrics and songs, and found in art, an infinite world in which he could find the way to express his own feelings. So he went from composing poems, to writing songs, and to being part of several bands in his city such as Prohibido Adelantar and Space Dream, just before beginning his solo musical career in 2014.

For this he composed a song divided into four movements, which served as a release album. Titled “El Hombre sin Hombros” (2014), it was recorded and produced by the composer and Héctor Tuya, at the Bailén 37 studios in Luanco (Asturias), with the help of Sergio Pevida and Ritxi Fish on percussion. It is an album in which the author explains the reasons that lead him to stand with his guitar and his music on stage, so that the compositions acquire a special added value in live performances.

In 2015 he spent nearly a year immersed in the nationwide presentation of his first solo album, while creating and producing the short film of that album with Enrique Muñoz for La Buitre Producciones Audiovisuales. The plot is developed through a miniseries of different stories of characters linked together through the songs. Available in Youtube.

“Coloreados” (2015), his second solo album, also produced by Héctor Tuya, and recorded between Bailén 37 and ACME, in Asturias; it featured top-notch musicians in the sessions, such as the aforementioned Héctor Tuya, Miguel Herrero, Sergio Pevida, Mike Vergara and Javier San Marcos; which allowed Kike to add much more instrumentation, timbres, colors, and personality to his compositions. The album consists of seven colors related to seven elements in the form of songs. Each theme acquires the characteristic connotations of a color; in this way we find ourselves with seven completely different settings. 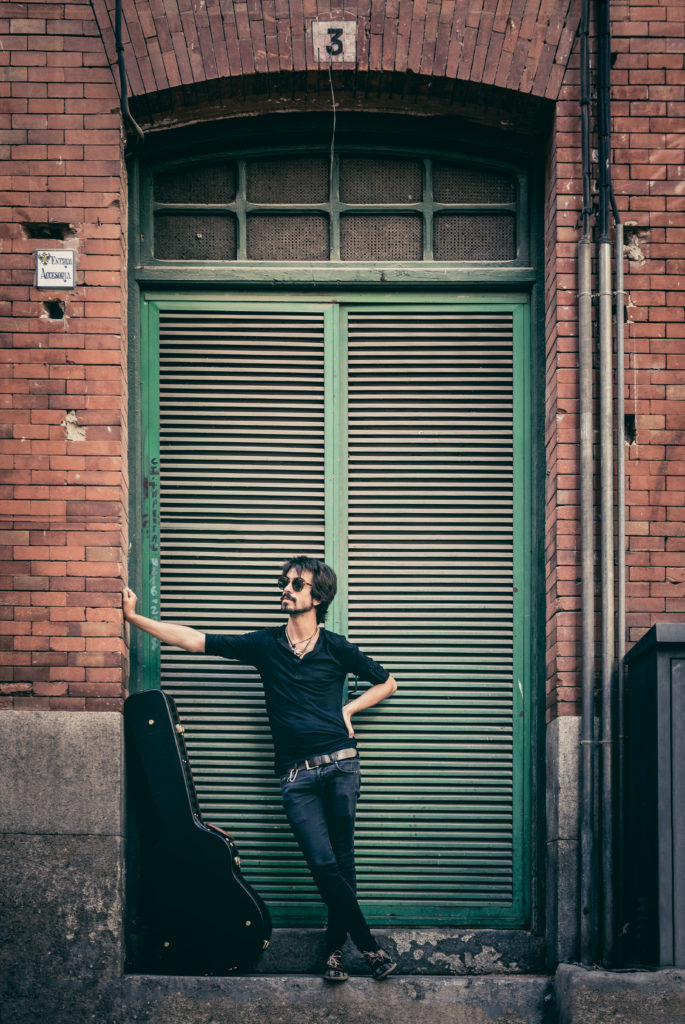 From 2016 until today, the musician from Toledo is immersed in a tour that has led him to make more than a hundred performances throughout the country, characterized by the search for connection with his audience to create unique experiences and close through their songs.

The Tie Band is the acoustic band that accompanies Kike live in some of his recitals, but the group varies depending on the characteristics, allowing each concert to be different. On this occasion Stefano Bradi will make the support lines of the songs with his double bass, and Damián Acero will create air and atmospheres helped by his guitar, mandolin and violin.

Kike Calzada is in all RRSS and his two discs are available in all digital platforms, but the best thing is that we will have him in #BastardoMadrid. We offer you a planazo that you can also accompany with our vermouth from El Limbo, are you going to miss it?

See you at the hostel in Malasaña!