The presentation prepared by A-project, the team that gives life to AFTER US, for next Wednesday in our hall will be very special. It will not be a presentation, nor an exhibition of the project. The A-project guys will intervene in the hostel making an overprint on two of the exterior windows and in which will appear the names of the artists plus all the content that is already prepared for the first edition of this meeting. A long awaited spatial intervention because, so far, nothing of the content of this first edition of AFTER US has been revealed.

This installation will be available next Wednesday and will be visible from outside Bastardo with a very special lighting from sunset, at 20 h. in the afternoon.

For this AFTER US line up exhibition, we will have Possible Others, a collective of artists producing electronic music in Madrid who will be in charge of putting the music during the presentation of the content with a regenerated electronic, fresh and references that come from central and northern Europe. Next to them, there will be Radio Relativa, which will carry the deferred retransmission of the set after the line up exhibition in its online platform.

During next Wednesday’s presentation, EARLY BIRD / 8 e. tickets will be sold on the official Resident Advisor platform. From this day on, tickets for AFTER US can be purchased, which will take place on November 17th. 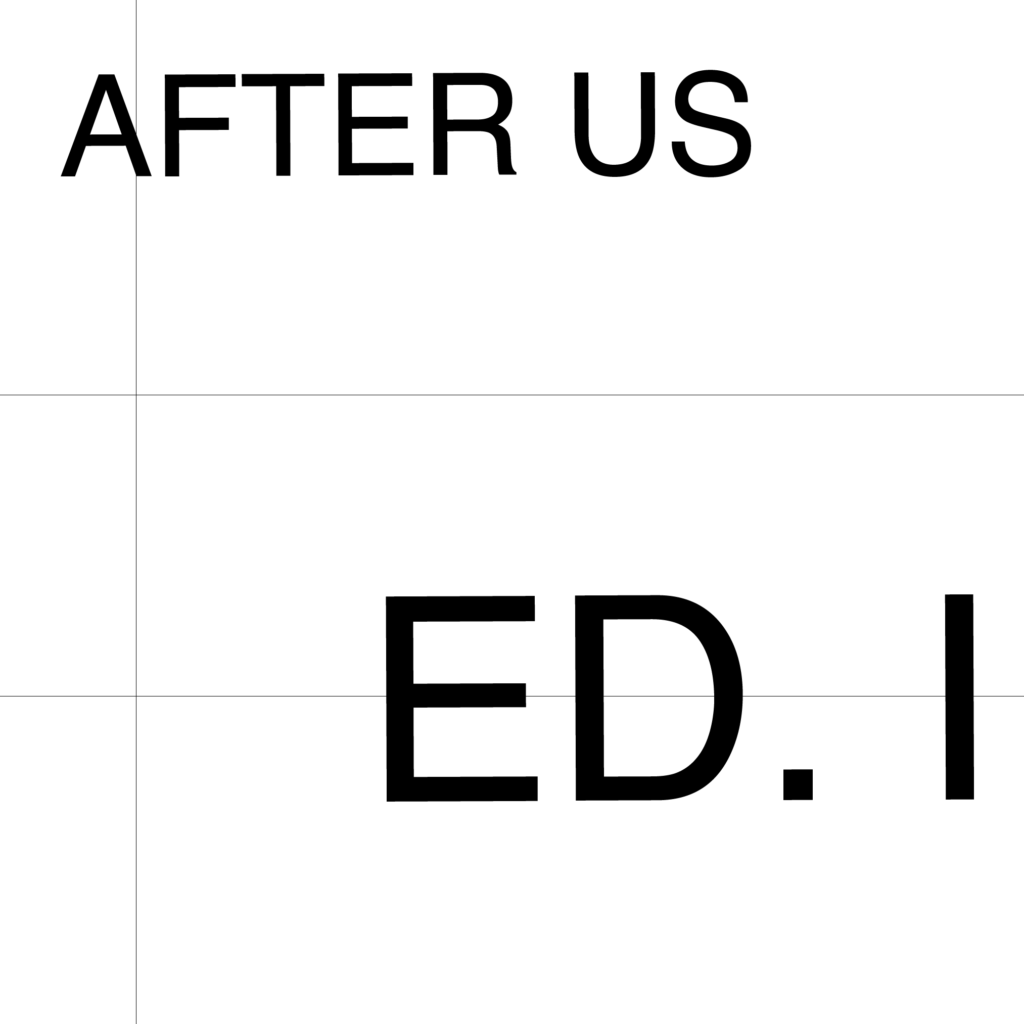 What is after us?

AFTER US is an evolution to the new human. A staging of experimental art, electronic culture and audiovisual installation. It is a sensory experiment that connects human consciousness with technology. A call to the future through visual arts and electronic music, which results in an immersion of the senses in a tangible space and time.

AFTER US is projected as a new proposal in Madrid to bring together everything new that happens in the world in the experimental art scene to bring it in continuous deliveries over time.

The 4 artists who are part of the line up of the first edition of AFTER US, come from Berlin, Barcelona and Madrid. Some of them have already taken part in festivals such as Sónar Barcelona, Mutek and the mythical Berghain in the German capital. Along with them, will be two of the best-known radios in Barcelona and Madrid in the electronic and experimental scene of Spain: Dublab.es and Radio Relativa that will be part of the live retransmission from the secret location in which the first edition of this issue is developed.

With all this, do you dare to experiment? We don’t know exactly what will happen, but that’s why we are the hostel in Madrid that is committed to new trends and the most transgressive culture in the capital.

You know that in addition to sleeping in the most modern rooms here you will be able to live (and feel) the most experimental atmosphere of the current panorama.

After Us' social networks