Do you like to surprise tour guides with questions they can’t answer? Well, as we are not here to judge, we have prepared a post with 10 fun facts about Madrid that will surely make you lift your eyebrows and say ‘Wow’. Guaranteed. 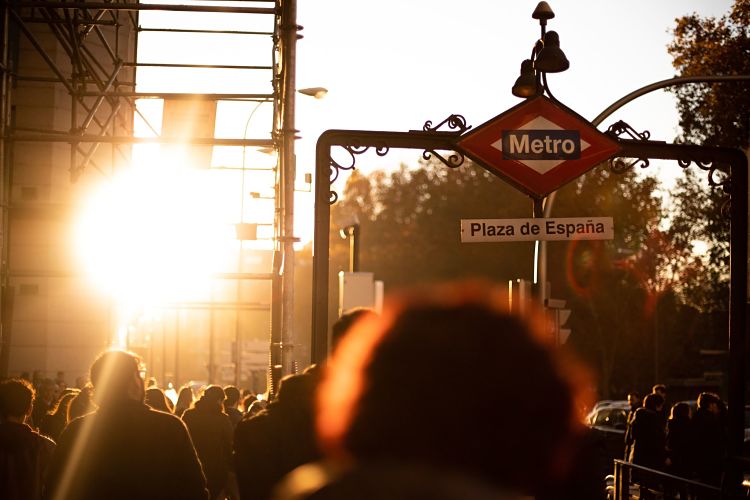 Okay, you already knew that thanks to the underground, but did you know that it is the third most populous capital of Europe?London is in firstposition, with almost 8.8 million inhabitants, followed by Berlin, with 3.4. Madrid is close by, with 3.2 million people.If we count the metropolitan area of Madrid, it would reach 6.3 million. If they ask you about it in a quiz and you know it, you have to give us a shout out!

Maybe this fun fact about Madrid will surprise you. Being on the Central Plateau, is the highest European capital, located 657 meters above sea level. The saying “From Madrid to the sky” takes on another meaning.

For everybody it is a city (maps included), but officially it’s a villa, ‘Villa de Madrid’, as the Constitution states.The reason is historical, and is that it simply was not changed since 1202, so it has remained as an honorary title.

4 – The oldest restaurant of the world is located in Madrid

The restaurant ‘Sobrino de Botín’ was founded in 1725, and is still serving typical food from the city.

5 – Madrid has a statue resembling Lucifer

One of the six statues in the world dedicated to the devil is located in Retiro park. Sculpted in 1878 by Ricardo Belives, it is exactly 666 meters above sea level. 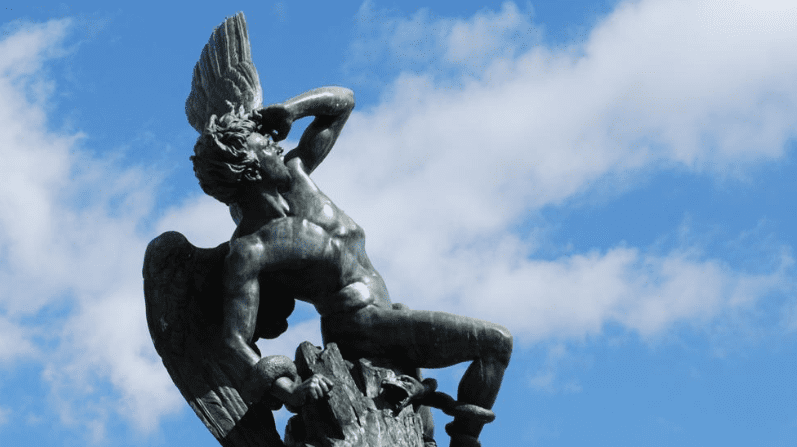 6 – Why are madrilenians called cats?

We’re glad you asked us this question, because the answer may not be what you expect. Although many people think the nickname comes from our love for going to sleep late, it actually comes from a very different source.The story takes us back to 1083, when the Christian army wanted to conquer the Arab citadel of Magerit, surrounded by a wall 12 meters high. One of the Christian soldiers went ahead of the rest and began to climb it with the help of a dagger that he was nailing to the wall. At the top, he changed the Arab flag for the Christian flag, and the army began their city taking.After that, they started to call the soldier and his family ‘cats’, because of how he moved. He even changed his surname, and it is said that those with the surname ‘Gato’ are his descendants.Oh, and actually, to be an official ‘cat’, either you have to be in the musical or be born in Madrid with both your parents and grandparents born in Madrid aswell.

Although it could make an entire post, we will very quickly collect several curiosities about Retiro, the most famous park in Madrid.

One of the most accepted theories indicates that the origin of its name is more than 2,200 years old. During Roman times there was a settlement located in the Manzanares river called ‘Matrice’, which means matrix, in the sense of water fountain.Later, the Arabs derived the name to ‘Mayrit’ or ‘Magerit’, which means ‘place with a lot of water’. And from there you know what came next.

This origins are not as nice as the rest, because it is so called because of the trace of blood left by the cattle taken from the market to the tanneries.

10 – Madrid is the sunniest capital of Europe

Although the competition with Lisbon and Athens for this position is fierce, Madrid enjoys 250 days without clouds on average a year. Vitamin D for everyone!

11 – Bastardo Hostel’s headquarters are in Madrid

This is something known to the whole world (without exaggerating), but we just wanted to appear in the list. As a fun fact, we are between Malasaña and Chueca, we organize very cool events, and if you still want to know more about Madrid, we also organize walking tours.Do you feel like an expert now? We challenge you to come to one of pub quizzes about Madrid and show off.