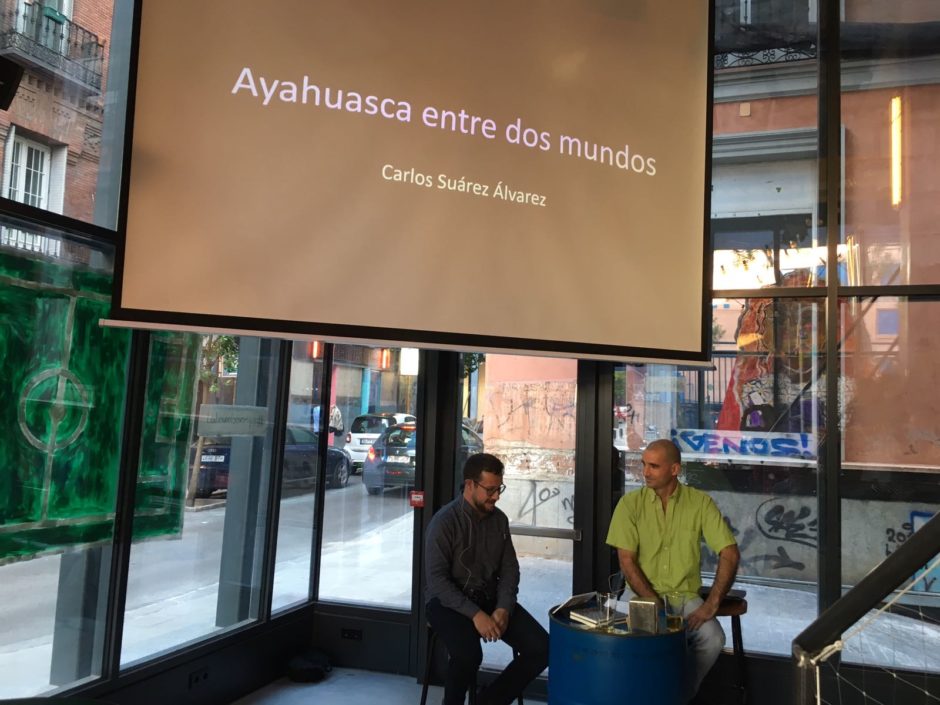 Last Tuesday we had an appointment with Carlos Suárez and his photo book ‘Ayahuasca entre dos mundos’. A book that invites us to know the work of the masters of ayahuasca, the visionary medicine of the Amazon.

Carlos Suárez Álvarez holds a degree in journalism from the Complutense University of Madrid and a Masters in Amazonian Studies from the National University of Colombia. Since 2007, he has lived in the city of Leticia, on the Amazon River, and has been telling stories about indigenous peoples.

As a result of this vocation he has published the novel Ayahuasca, amor y mezquindad (Ediciones Amargord), the online multimedia book Ayahuasca, Iquitos and Montruo Voraz, and dozens of ethnographic chronicles that have appeared in magazines in various countries. 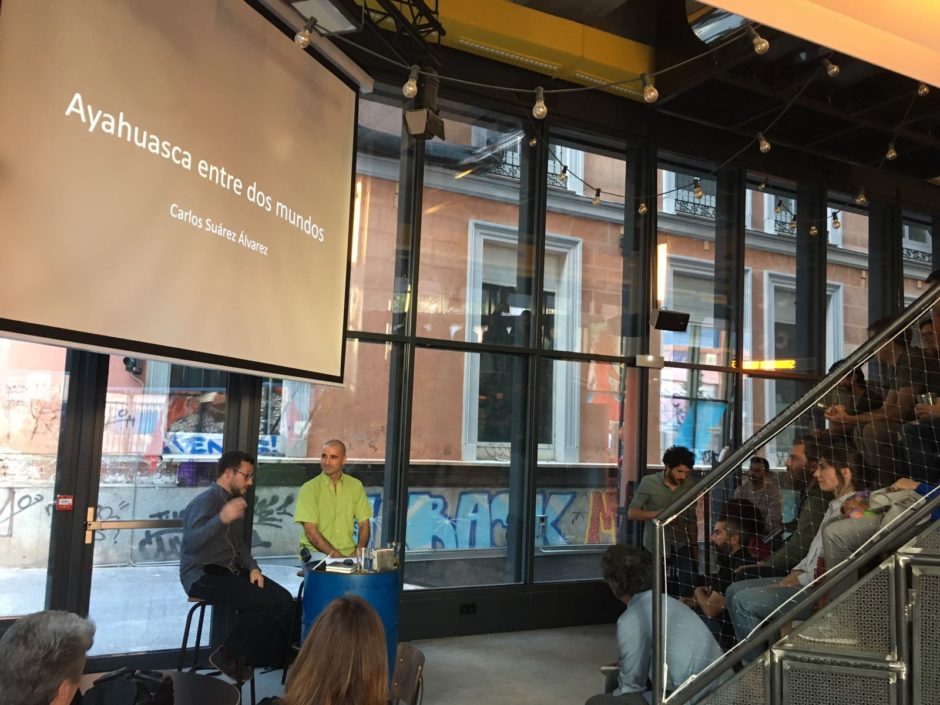 Until a few decades ago, ayahuasca was a matter of superstition or witchcraft, typical of ignorant, poor and wild Indians. Today it’s ritually consumed in all the great cities of the western world, it is the object of scientific research that points out its great therapeutic potential and deserves pages in mainstream publications such as The New Yorker, La Vanguardia, The Guardian or Elle.

Based on ten years of ethnographic research in the Amazon, the Ayahuasca between two worlds photolibrary takes a journey to the origin of this unique phenomenon to document both traditional practices and those adapted to the thousands of Westerners who each year visit jungle cities to try this visionary medicine: from the local healer who humbly treats his neighbors to the modern “shaman”, exalted as a rock star by his foreign clients in luxurious jungle-built lodges.

At Bastardo we had a great time with this presentation, and if you missed it, remember that at Bastardo you always have a plan.